FROM HERE TO ETERNITY
The mountaineer is constantly looking for that perfect adventure. This adventure will consist of a mountain peak that contains classic lines, challenging slopes, mixed terrain, and a natural beauty that dazzles the senses on every turn. You may be checking out this very web site because you are looking for that perfect adventure. But is it possible that you are already engaged on an incredible adventure? You see, life is an adventure, and we are all participants. We are all traveling down a path. But where are we going? What is the purpose of this adventure? And where does it all end? Do you know?

Most of us have pondered these questions at one point or another but ended up dismissing them as wasteful effort on something that is beyond human comprehension. But even after dismissing them they seem to pop up now and then. Why?... It is because God has put eternity in the hearts of men and we cannot help but wonder what life is all about.

ENDURANCE REQUIRED:
One of our main topics here at Timberline Trails, is mountaineering. And if you know anything about mountaineering, you know that it requires endurance. Endurance is going to be required here also. If you want to get the most out of your time reading this, you are going to have to maintain sustained alertness. You are going to have to think. But it's worth it, because it may just change your life......FOREVER! 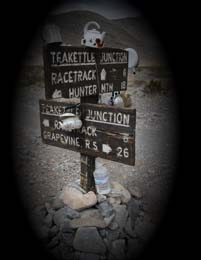 MAJOR FORK IN THE TRAIL
Before we go on, we need to discuss in detail about a major fork in the trail that will affect each and every person who has ever placed a foot print on this earth. Most of us have already passed this most important trail marker, and are busy negotiating the path we have chosen, but for many, the trail marker went by unnoticed. This writing is for two types of individuals. Those who passed by the signpost without carefully considering which fork to take, and for those who may want to reconsider the direction they are going in. After reading the below information, one may just want to reconsider and decide to turn around and take the other fork in the trail. But only one of the two forks will allow you to do this. And it may surprise you as to which one it is. So if you are one of the above mentioned individuals, or don’t have the foggiest idea what I am taking about. I would highly recommend reading on. 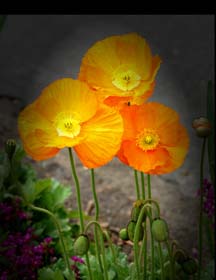 CRITICAL INFORMATION
Each and every day we exercise faith whether we recognize it or not. Just getting up and driving to work is a step of faith. I'm having faith that people will stop at red lights so that when I proceed along when it’s green, I don’t get hit. Another example would be having faith that the Topo Map that I take into the wilderness is correct. I have not verified it beforehand, I just trust it. I have faith in it. These are just a couple of examples, but I am sure that you can think of a multitude of others. This everyday faith as described above shrinks to insignificance, however, when it comes to where we put our faith when it comes to eternity. We all know that death is certain, but what happens after we die? Do we just go to the grave and that’s it, or is there life beyond the grave? If you have ever asked yourself these types of questions (and most of us have), you undoubtedly end up asking yourself about the existence of God.    But how can we determine whether there is a God or not? Do we just flip a coin and put our faith in that, or is there a better way? I believe creation has provided us with plenty of hard evidence pointing to the existence of God, but many will reject this and display even greater faith by believing in a universe created by time and chance. This is the greatest faith of all! This may shock you, but after examining the following facts, you will see what I mean.

THE UNIVERSE:
Time and Chance, or a Creator?
At this point, we could debate and include specifics such as evolution, thermodynamics, irreducible complexity, DNA, and on and on, but it would all eventually boil down to the question of God or no God, and this will require a step of faith no matter what side you are on. I say a “step of faith”, because neither the Atheist nor Believer in God can unequivocally state with absolute certainty the existence or non-existence of a Supreme Being apart from faith. And don’t think you can get off the hook by sitting on the fence and making no decision at all. For the Bible places the fence sitters on the side of those who deny the existence of God.

Now many believe that one must make a great leap of faith to believe in God. But nothing could be further from the truth. I believe the evidence is overwhelming when it comes to the existence of God, but I am not going to go into it all due to reasons mentioned above, and also out of consideration to you, as the reader. If I went into all the debate on the subject, you would be parked here for weeks reading it all. There would also have to be equal time given to those who oppose the idea of God’s existence, and that would take weeks more of your time. Trust me, I have read plenty on both sides of the fence, and the information that is written on the subject is nothing short of astounding. Just a short search on the web will prove this statement to be true. So we will skip 99.9 percent of the arguments, and go straight to the most basic of questions. 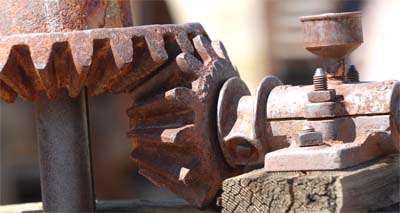 That being .......Where did it all start?
So let's get to it and begin with the following:

THE KALAM COSMOLGICAL ARGUMENT:
It states:
1)   Whatever exists has a cause
2)   The universe began to exist
3)   The universe has a cause of it’s existence WERE MISSING SOMETHING
The above is sufficient logic for explaining the existence of all material things, but if we take things to the very beginning, we have a problem. What was the cause for the universes existence? It does not matter if we subscribe to the big bang or whatever; the initial substance had to come from somewhere or something.

Enter in the concept of a Creator, a Designer, a Supreme Being, in other words, GOD. But wait a minute can we apply the above logic to God? 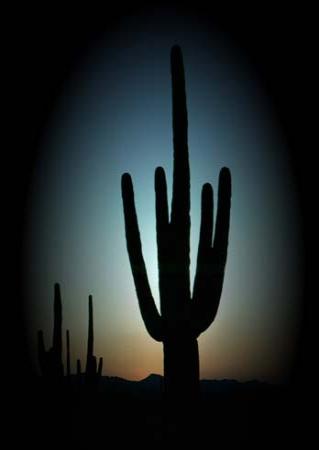 THE GREATEST FAITH OF ALL
To say that the material universe has always existed is definitely the greater step of faith than the supposition that God has always existed………Why..........because the universe is an incredibly complex combination of fine-tuned physical laws that have been melded together to form a planet that is hospitable to life forms of meticulous design and function. Now if you attribute all this to sheer blind chance, then you definitely have………well………… AMAZING FAITH! Just take a moment and think about how fast we come to a conclusion when it comes to intelligence when we see a few words etched in the sand reading “Bill loves Mary.” We quickly attribute these words as proof of design and intelligence. But what about the existence of even the simplest of life forms? Even a single cell organism is infinitely more complex than a few words written in the sand. Do we now completely abandon all reason and say that blind chance is the driving force, the creative vehicle, behind all creation?

The God of the Bible on the other hand, is described as an all intelligent, all powerful, all knowing(and so much more) spiritual being. The Bible also reports Him to be outside of time (eternal), and not limited by any physical or spiritual substance. His existence stands on its own. He is the “Self Existent One.” No intervention required, and He simply spoke the universe into existence.

The universe, on the other hand, could not be explained in this way. This is because the proponents of a universe without God postulate that it (the universe) came into existence apart from any intelligent designer (simply by time and chance). They also deduce that the universe had a beginning.

What about God? Did He have a beginning? Well….If we turn to the Bible for an answer to this question we find that it does not even entertain the idea of God having a beginning. Genesis 1:1 simply states, “In the beginning, God created the heavens and the earth.” In other words, God pre-existed all of creation. He had no beginning and He has no end. BACK TO THE FORK IN THE TRAIL:
You may be wrestling with all the above, but at one point or another, you are still going to have to make a decision on the following question:

Will you put it in a material universe and trust that it operates on a basis of time and chance………a universe that has no cause or purpose for its existence…….Or……are you going to put your faith in an all knowing, all powerful “Master Planner” who has created all you see (including you) throughout the universe for a specific plan and purpose.

Now, if you take the fork in the trail and place your faith in a time and chance universe…….Then you will find yourself on………well………………

Or are you going to decide to put your faith in a "Master Planner," whose methods are not governed by time and chance? This "Master Planner" is none other than GOD, and He definitely has a plan for you.

If any of the above interests you at all, and you want to know more about what either decision will mean for your life here on earth and beyond then CLICK HERE to watch a 15 minute video. I believe it just may change your life……........FOREVER………….and that's a long long time!

PS: By the way, to answer the above question about only one being able to turn around, it just may surprise you that it is the individual who is traveling down the path of a time and chance universe with no God who has this option. So decide carefully before changing direction. Jesus tells us that once you place your faith in Him, there is no turning back. He has a hold of you, and He promises to never leave nor forsake you. Nothing can separate you from His love (and that includes even you). This doctrine is known as eternal security just in case you are wondering (and thank the Lord for it). But remember this: Once your life here on earth comes to an end the option to turn around comes to an end also. Email Sign Up